Take your whole world with you wherever you go on the Apple iPod Touch 4th Generation. iPod touch features the same multi-touch screen technology as iPhone and the iPad. Pinch to zoom in on a photo, scroll through your songs and videos with a flick, flip through your library by album artwork with Cover Flow and watch your movies, TV shows and photos come alive with bright, vivid colour on the 960 x 640 pixel display. Browse the web using Safari and watch YouTube videos, browse the web, chat to friends on social networking sites, send e-mails and much more thanks to the built-in Wi-Fi.

Your Portable Music Player: The iPod Touch 4th Generation features everything you love about an iPod, and more. It creates Genius playlists - it picks other songs in your music library that go with any track you choose and makes a customised or "Genius" playlist for you. You can use the revolutionary Multi-Touch interface to flick through your music in Cover Flow. And anytime you're itching for more entertainment, just tap iTunes to browse and buy on the fly.

Two Cameras. Double the fun. The 4th Gen iPod Touch captures video with two built-in cameras. It shoots amazing HD 720p video from the back camera and with its advanced backside illumination sensor, it captures beautiful footage even in low-light settings. All while the built-in microphone records conversations, music, or any audio at the same time. On the front of iPod Touch, the built-in camera is perfect for making FaceTime calls and shooting self-portraits.

Multi-Touch Display. Instant control at your fingertips. When you put your finger on iPod touch, how does it just start doing what you want it to do? It's a chain reaction, really. The Multi-Touch display layers a protective shield over a capacitive panel that senses your touch using electrical fields. It then transmits that information to the Retina display below it. So you can glide through albums with Cover Flow, flick through photos and enlarge them with a pinch, zoom in and out on a section of a web page, and control game elements precisely.

Apple A4 processor. More power to you. The Apple A4 chip is behind, or rather underneath, all the fun you can have on iPod Touch. Apple engineers designed the A4 chip to be a remarkably powerful yet remarkably power-efficient mobile processor. With it, iPod touch can easily perform complex jobs such as multitasking, editing video, and placing FaceTime calls. All while maximising battery life. And fun.

Your Portable Movie Player: Your very own private screening awaits you on iPod touch. Watch the latest film release or an episode of your favourite sitcom anytime you want. Store up to 10 hours of video and get up to 6 hours of video playback time on the iPod touch

Your Portable Digital Photo Album: Load your favourite photos onto the iPod Touch from your computer using iTunes. Flick right or left to move between them. With two fingers on the screen, pinch open to enlarge a photo or pinch closed to make it smaller.

Your Mobile Computer: Almost anything you can do online on your PC you can do on the iPod Touch. Built-in Wi-Fi means you can check your favourite blogs, browse the web on Safari, write an e-mail with a photo attached, update your Facebook status or find out how to get to that new restaurant thanks to the Maps application. The iPod touch is like having a computer in your pocket. How handy is that?

Play Games on-the-go: Games for iPod touch are made to take advantage of its built-in technologies such as the accelerometer, Multi-Touch, Wi-Fi, and Bluetooth. The result is truly immersive gameplay - whether you're playing alone or with others in multi player mode. And with an App Store that offers thousands of games ready to download and play, the fun of iPod touch never ends.

Add Applications from the App Store: In addition to games, you can shop for apps in categories such as music, entertainment, social networking, sports and a host of others. Some of which are free. All apps you download make your iPod touch uniquely yours, and the best iPod you'll ever own.

Customise Your Home Screen: Arrange the icons on your Home screen any way you want right on iPod touch or from your computer using iTunes 10. Move an app one row up, two apps over, or even to another Home screen. Create up to 11 Home screens for quick access to the games and applications you download from the App Store and to your Safari web clips. 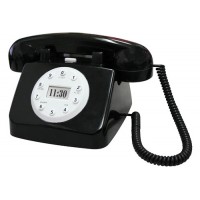 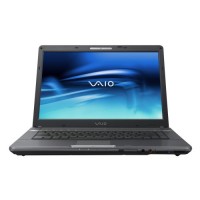